Yet again another New Year has rolled around and after the dumpster fire of 2021 we are unfortunately facing another COVID wave, major stress on our health system, and disruption to normal activities.

The past year has been full of twists and turns, and it is fair to say that like many other labs we have been frustrated by the impact of the COVID pandemic. Nevertheless we will forge ahead with plans for 2022 that you will all be excited to hear about when the time comes! 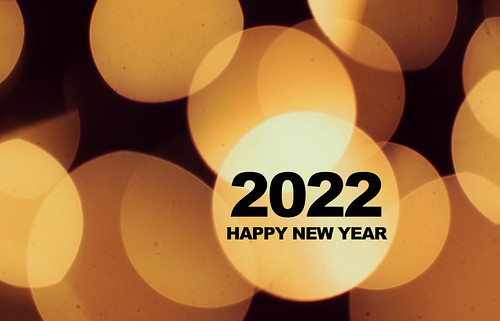 Apologies to attendees at ##3dMed19. Due to construction works outside AAMI Park Stadium the main entrance is closed. Please enter by walking around the construction site through Entrance F Gate 4 towards the Corporate Office driveway on Ground Level and look for the #3dMed19 signs. We are working with AAMI Park Events team to improve signage and access. 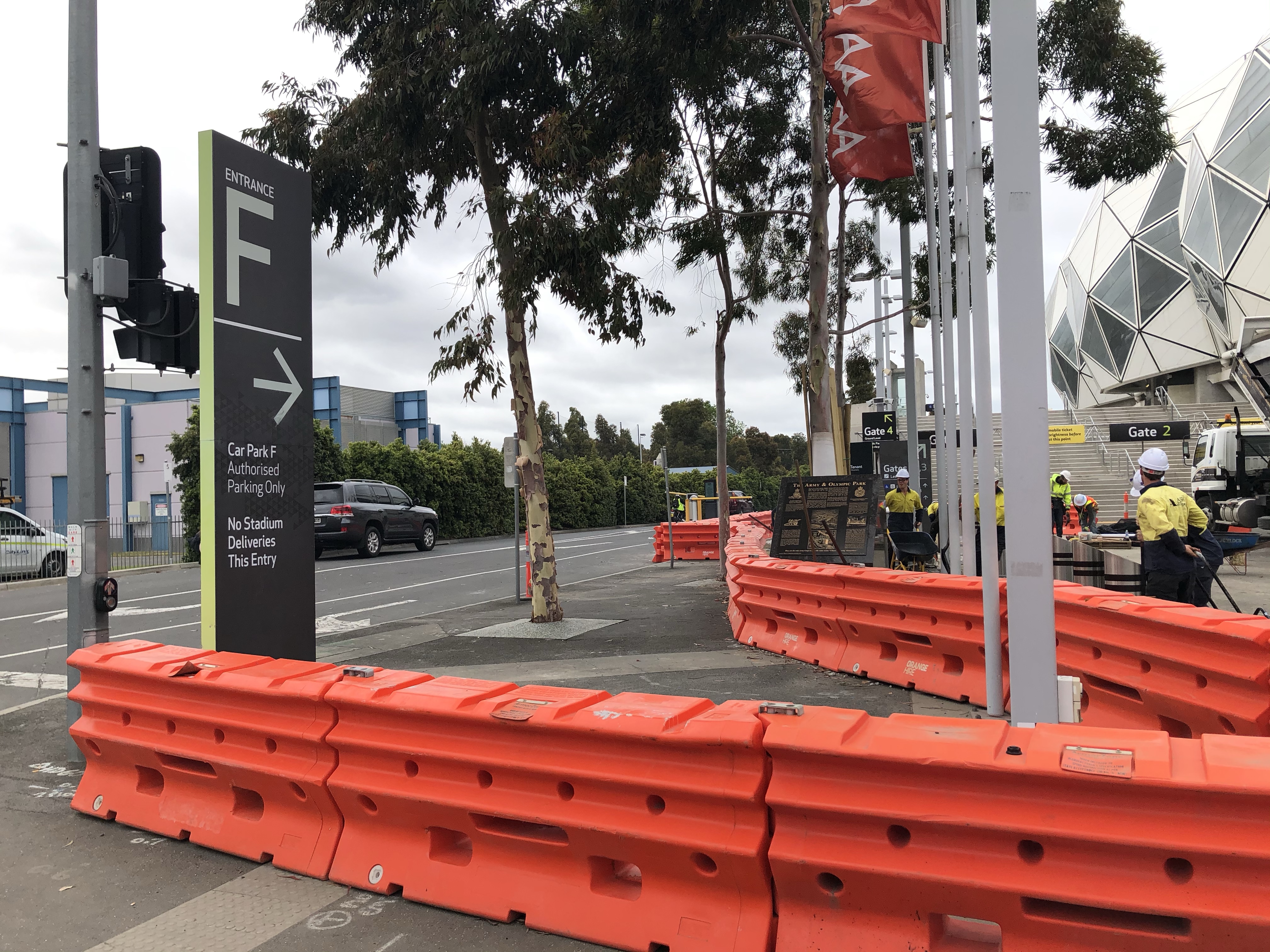 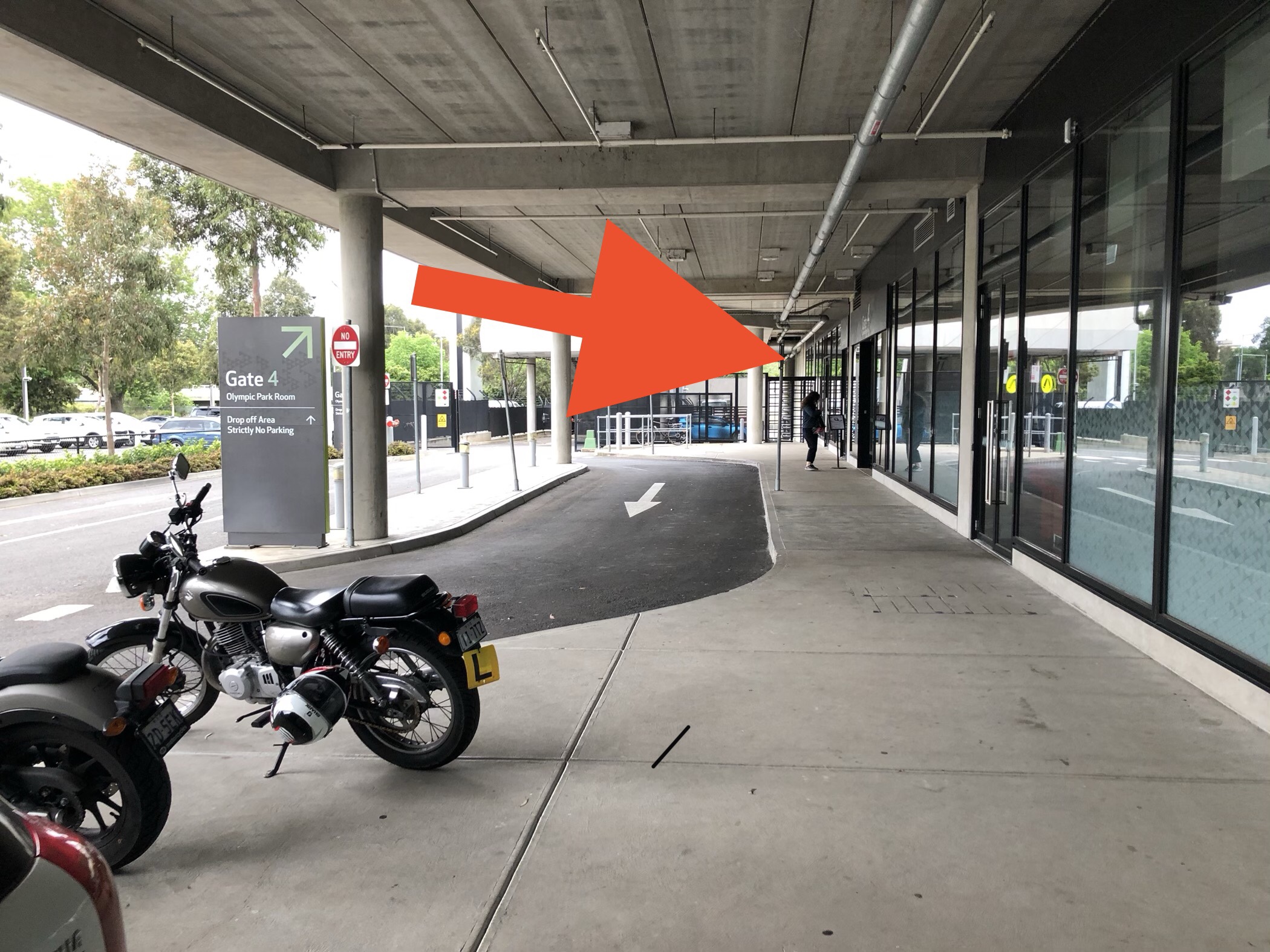 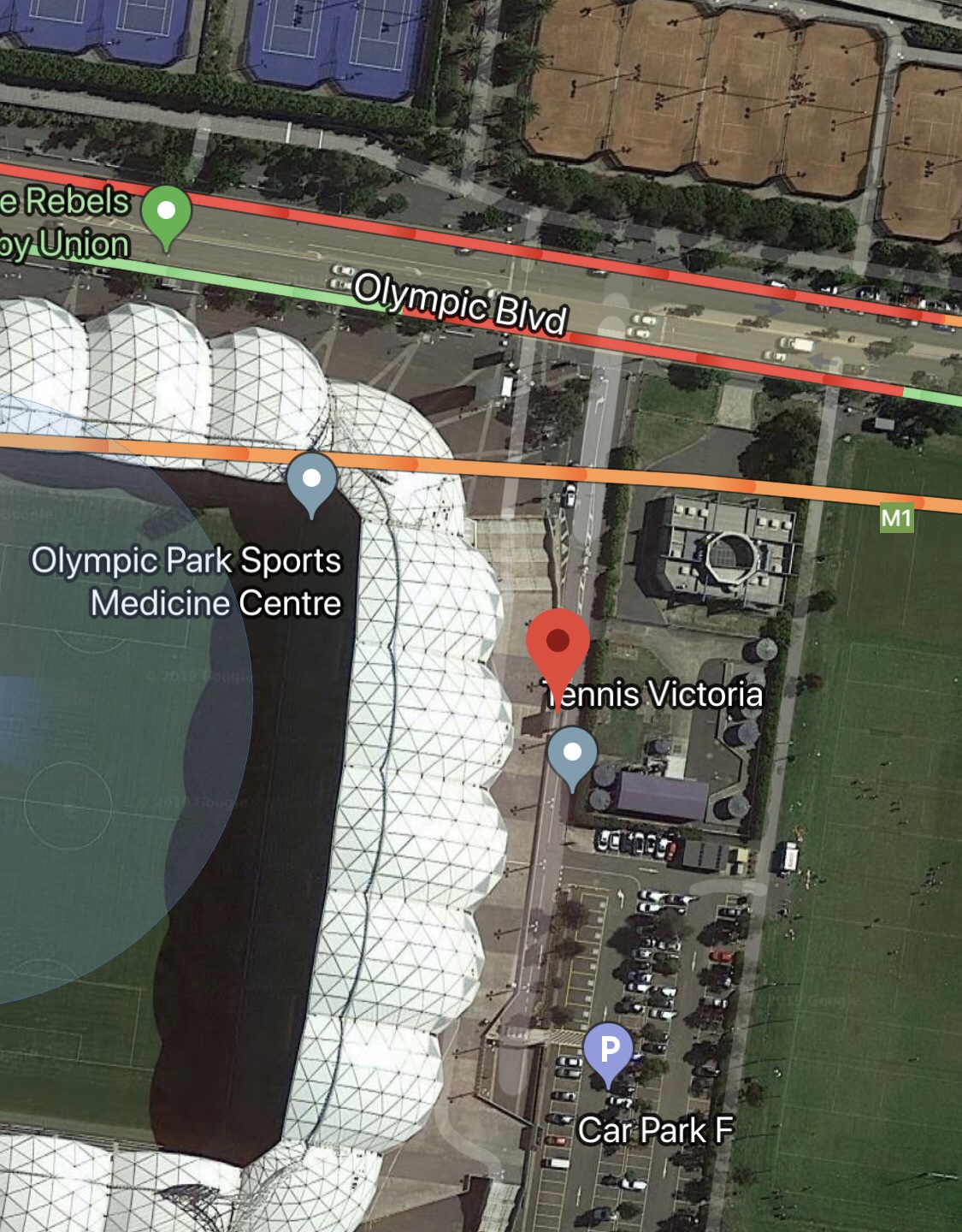 Today is a sad day. After an aeon of hard-working and dedicated service we announce the retirement of our FormLabs Form 2 printer. We will miss you, GiddyCygnet.

What’s going on at @3dmedLab? Looks like Papa bronchus, Mama bronchus and Baby bronchus are preparing for a research project with our #RespiratoryMed team. Find out more at #3dMed2019 Nov 15-16 at AAMI Park.

OK, this might be a bit off-topic, but we just discovered Compliant Mechanisms and they are waaay too much fun not to share. This has been so mesmerising our poor fidget spinner is sitting in the corner feeling neglected.

Were you confused by the recent debate over medical device regulation? Well we are here to help with this article published in MJA Insight. Go forth and read! 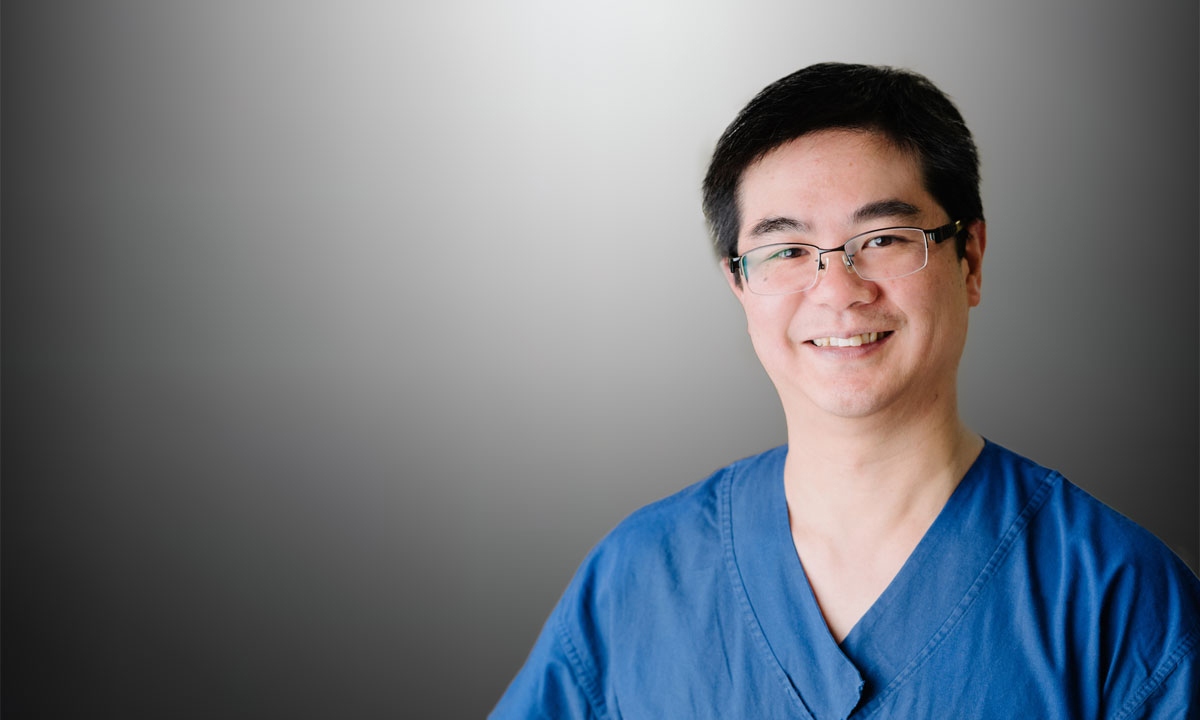 We hope you enjoy reading about the future of medicine and the potential impacts of 3D printing. Many thanks to Andrew Trounson from Pursuit at Unimelb for taking the time to interview us for this article. Make sure you come to the 3dMed Symposium to hear more! 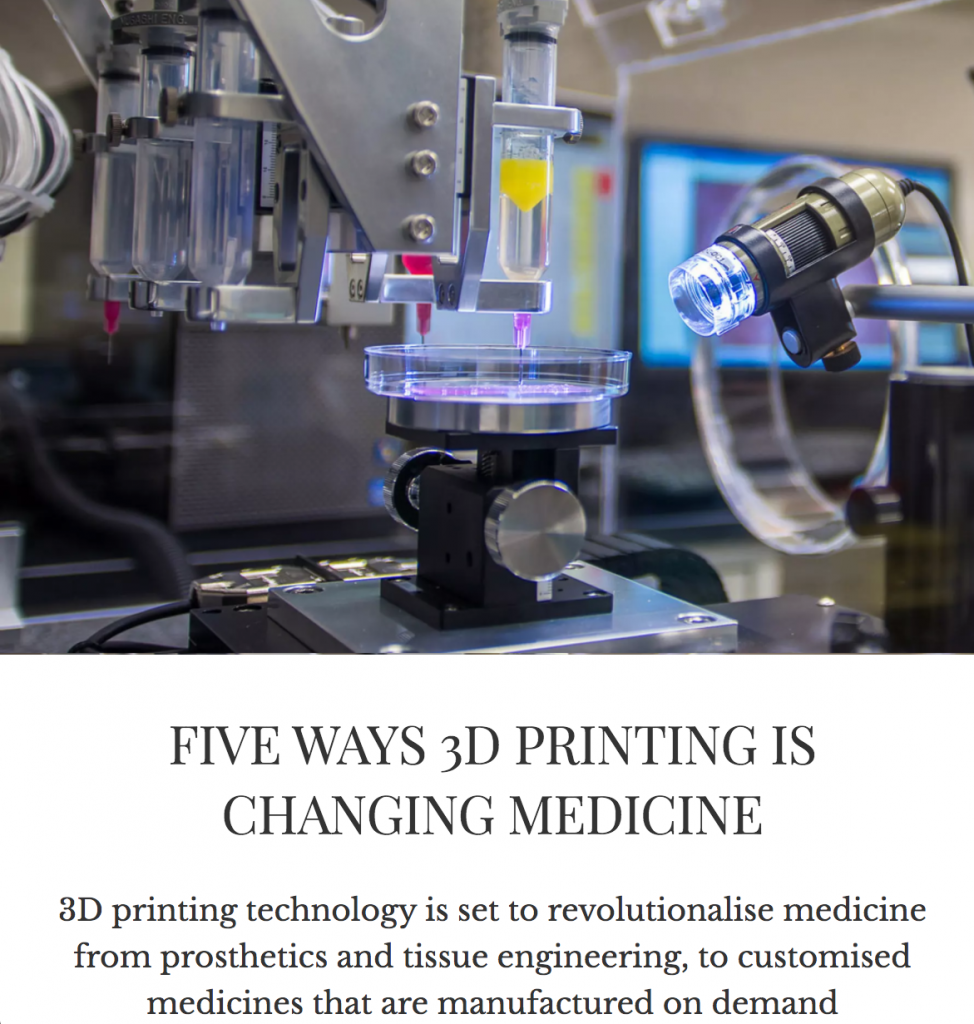 3dMedLab came about after discussions about the need for a more co-ordinated and organised approach to 3D Printing Resources throughout The University of Melbourne and in particular the availability of this technology to Clinician-Researchers at hospitals associated with the Faculty of Medicine, Dentistry and Health Sciences.

After a very pleasant Friday-afternoon multidisciplinary meeting in late 2014 at the venerable Prince Alfred Hotel the concept of an open and collaborative 3D Printing facility was born.

END_OF_DOCUMENT_TOKEN_TO_BE_REPLACED

This recap has been reproduced from the ResBaz Tumblr Blog.

The second annual 3DMed Seminar was held on the 5th of October, in conjunction with the 3DMed Lab at Austin Health. The event was hugely successful, with over 130 participants from a whole host of different disciplines signing up to attend. The purpose of the event was to facilitate discussions about the disruptive potential of 3D printing in the medical field, and serve as a catalyst for future ideas and as a meeting point for collaboration!

A wonderful turnout for #3dMed16! Join the live stream now at https://t.co/4PJJ2udfjQ pic.twitter.com/RpAzPDs9W1

We were honoured to be joined by a fantastic and diverse list of speakers from variety of different backgrounds. This was in keeping with the #3DMed16 vision of interdisciplinary collaboration, in particular between engineering and medicine, with the shared goal of improving medical research and patient care!

The seminar was kicked out by Dr David Ackland from the University of Melbourne, who took us through a fascinating journey of how he and Prof Peter Lee designed Australia’s first 3D printed titanium jaw, from prototyping to implantation into a patient.

Next up was Dr Eka Moseshvilli from the Olivia Newton John Cancer Wellness and Research Centre, on how 3D printing can be used to create a perfect fit for imperfect anatomy in cancer patients. Her emphasis was on the power of 3D printing to create personalised tools to save lives.

Dr Ian Chao from Austin Health and Box Hill Hospital blew people away with the 3D printed emergency airway trainers that his team had developed, costing less than $2 a model! This has the potential to revolutionise and democratise medical simulation training, with conventional models costing hundreds to thousands of dollars.

A #3dPrinted $2 emergency surgical airway trainer? I can see @edexam drooling in the audience… 😀#3dMed16 pic.twitter.com/uxSI5Wh83r

We were also treated to a recorded lecture from Dr Steve Pieper from Harvard’s  Surgical Planning Laboratory, on some of the inspiring applications of 3D Slicer worldwide! Some of my favourite examples included utilising 3D Slicer for robotic prostatic biopsies, as well as modelling the morphological and phenotypic changes in various lung cancers.

We were also very honoured to have A/Prof Tracie Barber from UNSW come down from Sydney to deliver her talk on using 3D printing in addition to computational fluid dynamics to aid her analysis of blood flow through blood vessels such as fistulas in dialysis patients.

Dr Raf Ratinam from Monash Health explored the views of orthopaedic surgeons on complex 3D printed fractures, and provided a fascinating and instructional overview of how his team were able to achieve these 3D printed models of their patients’ individual fractured bones.

The symposium was finished strong with Dr Ryan Jefferies, curator of the Harry Brookes Allen Museum of Anatomy and Pathology, on how 3D printing was used to enhance the museum’s exhibits, such as a 3D printed recreation of Ned Kelley’s death mask, bringing a 2000-year-old mummy back to life, and a photorealistic 3D printed lung specimen with tuberculosis!

Thank you to all our participants, for your enthusiasm and for providing such engaging discourse both in the panel discussions as well as in the Twittersphere! You helped make this event the success that it was!

Finally, a big shout out to our sponsors, Konica Minolta and Objective3D, for the delicious afternoon tea and for helping to make this event happen!

In conclusion, we are glad that so many of you found the seminar informative, and most importantly, fun! The feedback we have thus far received has been overwhelmingly positive, and we will without a doubt be holding this event again next year.

If you have any thoughts or feedback about how #3DMed17 can be improved upon, please feel free to email me at jasaminecb@gmail.com, or tweet me @jasaminecb!

We hope to see everyone next year!

Congratulations Paul McMenamin @MonashUni on being awarded an AM today, and everything you have done to promote the use of 3D Printed models in Anatomy Teaching! https://honours.pmc.gov.au/honours/awards/2012481

For those who are wondering, whilst we would be delighted to own a @RenishawAM RenAM 500Q Flex SLS Metal #3DPrinter, we have not been acquired by anyone. Donations are, however, very welcome at https://www.austin.org.au/support-us/ @Austin_Health https://twitter.com/RenishawAM/status/1539535160152047617

Congratulations @UngOwen, @mathildesselle and the Herston team on this work! Great to see how #3dMed is moving forward to applications!!! World-first breast implant trial in Australia aims to provide safer alternative to silicone
https://www.abc.net.au/news/2022-08-04/world-first-breast-implant-reconstruction-trial-in-brisbane/101267356 @ozvascdoc

Yes! It's here!! Our clinical trial on 3D printed AFOs for children with CMT has been accepted by @ISPGR Gait & Posture🤩 What a great study with @BurnsSyd and team. See the pre-proof here 👇
https://www.sciencedirect.com/science/article/pii/S096663622200131X